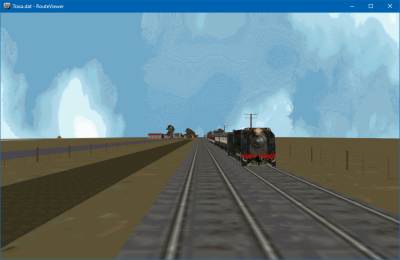 One of the original aims of Michelle, the original developer of OpenBVE was to move this simulator beyond its roots, and to support content from a variety of other simulations.

Whilst this has perhaps taken somewhat longer than was planned, adding Mechanik routefile support to OpenBVE is a small step along this road.

Much like many original BVE2 routes, those created for Mechanik were not designed to be viewed from the exterior of the train.

Station names and arrival times were also not supported. The routefile parser will add these where they were provided by the original author in the readme, but unfortunately many routes are missing these altogether.

There are also some (hopefully relatively minor) graphical glitches, but for the most part, Mechanik routes are now playable for future generations to enjoy!